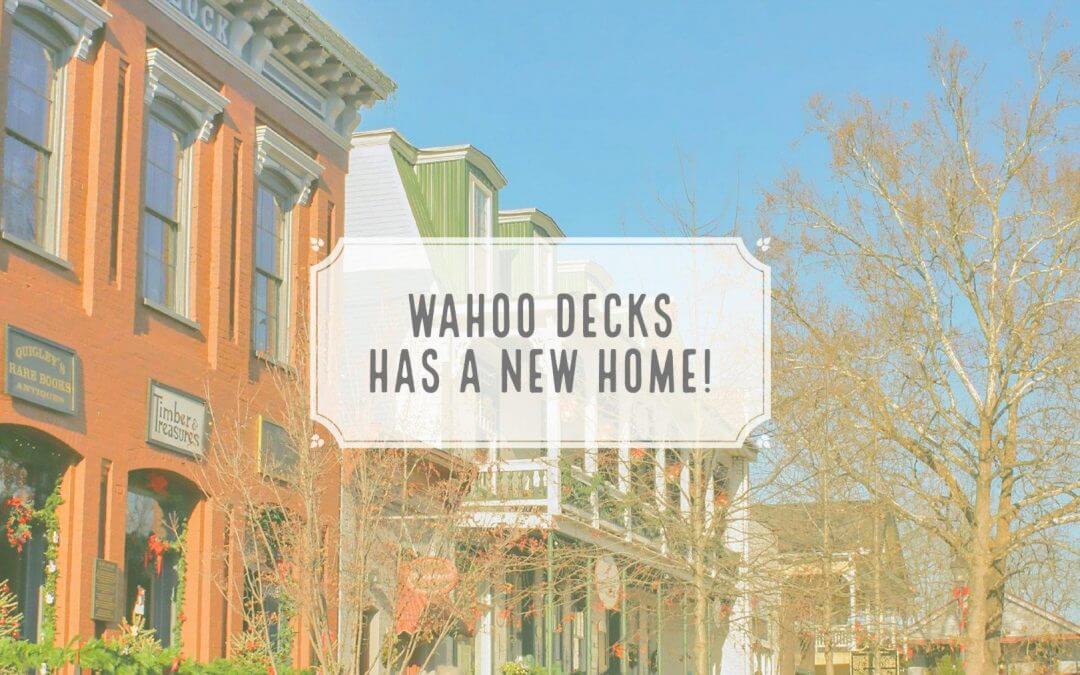 Dahlonega, GA, March 16, 2016 (for immediate release) – To meet the demands of continued growth and pave the way for future expansion, leading aluminum decks manufacturer Wahoo Decks has moved its manufacturing and operational complex to the North Georgia town of Dahlonega.

The new facility at 203 Chesterra Drive in Dahlonega, Georgia, nearly doubles the company’s footprint, and that of its sister company, Wahoo Docks, from 36,000 square feet to 70,000. The new facility sits on 15 acres of land right off GA-400, near the Lumpkin / Dawson County line.

The decision to move was made last year as the aluminum decking company began to look at ways to lean up operations and improve lead times. Moreover, Wahoo Decks has consistently grown and, together with Wahoo Docks, the companies had simply outgrown their previous home in Gainesville.

About the move, Tim Osby, co-owner and CEO of Wahoo Docks and Wahoo Decks explained:

“We made this decision so we can better accommodate our dealers and customers … The move is good for Decks… they are now able to have dedicated manufacturing, distribution, and operational space for their aluminum decking and railing products. Because of this, we can now better support the growth this business is experiencing as well.”

Both the warehouse and administrative staff are looking forward to working in the new complex and exploring the surrounding Dahlonega area.

Osby is enthusiastic about the move for reasons beyond the larger space and change of scenery.  He says:

“I’m most excited about the operational changes that are concurrently taking place.  We’ve put a lot of effort into getting very ‘lean’—working with experts at Georgia Tech, investing in state of the art equipment, and internally spending a lot of time with all of our functional groups, basically evaluating and streamlining all of our operations.  It’s going to be great to see the results of this effort.”

Dahlonega, Georgia is a small town located around 60 miles north of Atlanta, Georgia. The town is most significantly known as the site of the country’s second major gold rush, in 1829– 20 years before the California Gold Rush began. Dahlonega is also the home of the University Of North Georgia, one of 6 major ROTC colleges in the state. UNG’s Dahlonega campus has existed since it was established as North Georgia Agricultural College in 1873. Because of its quaint downtown square and historic architecture, Dahlonega has also been the backdrop for several television movies: most recently, the Hallmark Channel shot the film “Christmas in Homestead” in Dahlonega in 2016. The town also hosts several large festivals every year; the largest being Dahlonega Gold Rush Days, an annual festival that takes place every fall and attracts thousands of visitors from all over the state.

To learn more about aluminum decks manufacturer Wahoo Decks,  visit us online at WahooDecks.com. Also, be sure to like and follow us on Facebook at Facebook.com/WahooDecks.