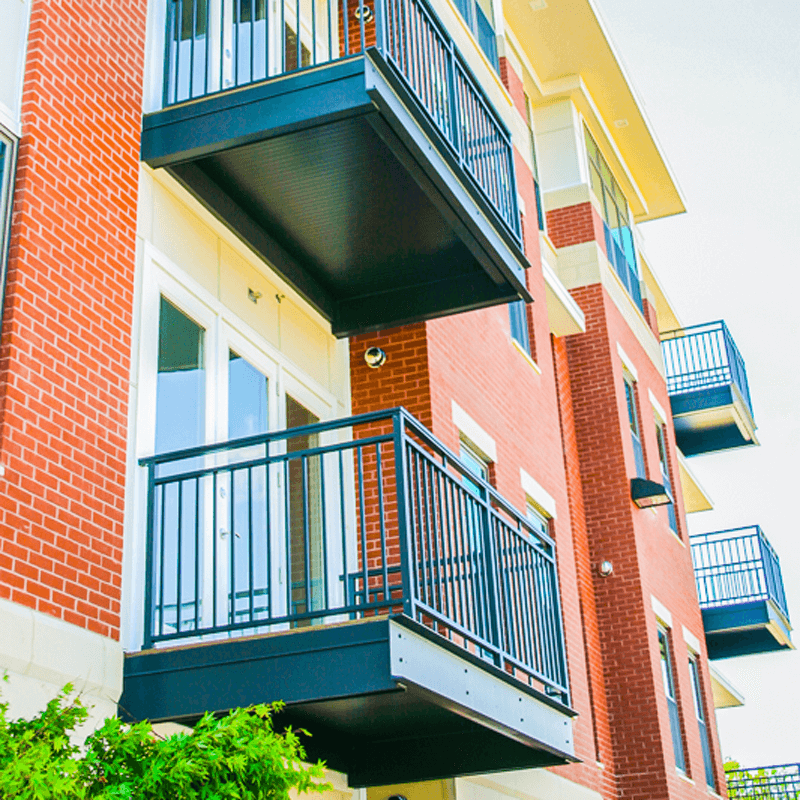 This project was an oceanfront condo renovation in Ocean City, Maryland. The owner of the Ocean City beachfront condos enlisted Doug Cymek, developer and owner of Bally Services, to renovate the condos. Renovations includes doubling the size of the decks on each unit to take full advantage of sunsets on the Atlantic.

DryJoistEZ, winner of Architect Magazine’s R+D award, is a structural deck drainage system that provides the structure of the deck, a waterproof solution and a finished ceilingwith a traditional beadboard appearance, all in one. Cymek selected DryJoistEZ after successfully installing its sister product, DryJoist, on a similar renovation project in 2009. He liked that the aluminum structural spanning capabilities of DryJoistEZ would allow the decks to be extended without the additional cost of lightweight concrete or adding a substantial amount of framing to support the addition. Cymek was also impressed with the multiple benefits DryJoistEZ offered that other options lacked. 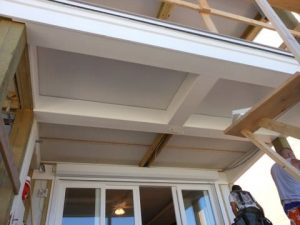 A view from below of the DryJoistEZ structural drainage system by Wahoo Decks in Ocean City, Maryland.

“Having worked with DryJoist before, I felt confident that its sister product, DryJoistEZ, could meet the structural needs of the Ocean City condos while also reducing the cost,” said Doug Cymek, Owner of Bally Services. “As an added bonus, DryJoistEZ is made of aluminum and can sustain the elements long-term, with little maintenance, so I had the architect draw it into the plans.”

“Anytime a developer comes back to use our product on a second project, it is a testament to the hard work and effort we put into making our products the best in the market,” said Jon Bailey, Vice President of Wahoo Decks. “Oceanfront buildings are more susceptible to corrosion from salt, making DryJoistEZ a great all-in-one option because it won’t rot or decay and can stand up to the elements over time.”